The British Isle is rich with mythology and legends from King Arthur to the Loch Ness Monster. However, there is one legend that lives on today. In the misty splendor of Ben MacDhui Mountain, in Scotland, the people still talk of the Grey Man of Ben MacDhui - a malign ape-like creature known locally as 'Fear Liath Mor'. 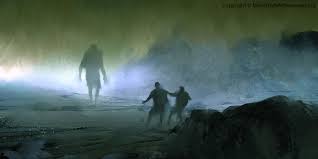 Over the centuries dozens of sightings on Ben MacDhui Mountain have amalgamated into an image of a humanoid about ten feet tall, covered in hair, and having long arms. In 1891 a climber reported finding large footprints measuring over 14 inches and stride over 5 feet long.

The Grey Man mythology, which persists to this day, has become a true mystery. There were many sightings, often from reputable individuals, which keeps the legend alive. Aviemore, Scotland sits at the based of Ben MacDhui Mountain and was one of the stops I made during a research tour of Scotland for my book Sherlock Holmes - The Golden Years. Nothing beats first-hand research so Sara and I trekked to Aviemore, the gateway to the Cairngrom Plateau to more fully capture the surroundings and local colour for a book of mysteries he was writing at the time. Not surprisingly, the Grey Man of Ben MacDhui made it way into my book.

In the first of the five new Sherlock Holmes adventures, A Bonnie Bag of Bones, Holmes and Watson climb Ben MacDhui Mountain to discover the mystery behind human bones that were recently discovered on Ben MacDhui Mountain. In the process, they encounter the Grey Man.

Each of the five “post-retirement stories” is meticulously researched and rich in local color and historically accurate detail. In Sherlock Holmes – The Golden Years, the infamous duo reunite in a wonderful new series of post-retirement adventures that take them from peaks of Ben MacDhui to Undertown, far below the streets of London, and finally to darkest Africa.

You can get Sherlock Holmes-The Golden Years at Amazon, the BookDepository.com,  Barnes and Noble, and any good bookstore.
Posted by sherlockholmes-thegoldenyears at 12:13 PM No comments:

Sherlock Holmes in The Dark Continent

Most of the tails in the original Sherlock Holmes canon, understandably, took place in the United Kingdom. His travels, over the sixty original stories took Watson and Holmes to America (The Valley of Fear) and Switzerland (The Final Problem), and through other countries in Europe. However, it is only in a recent addition to the Sherlock Holmes collection that he finds himself in Africa. 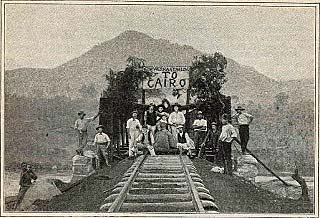 One of the most remarkable engineering projects ever conceived in modern times was the Cape to Cairo Railway--stretching over 5,700 miles from Cape Town South Africa to Cairo Egypt. The project faced, and overcome, many obstacles over the last 150 years—swamps, impenetrable jungle, the ravages of the white ants and termites, encounters with lions, elephants and other beasts, disease, and regional wars, to name a few. However, one of the most terrifying obstacles  was  the  Kongo  Nkisi  spirit.

The other stories include: The Bonnie Bag of Bones that lead the legendary duo on a not-so-merry chase into the mythical mountains of Scotland, and ultimately to the “the woman” who is tangled within a mystery that has haunted Holmes for a quarter century.

The Curse of the Black Feather continues the adventure, in which Holmes teams up with the irregulars, and a gypsy matriarch, to expose a diabolical “baby-farming” enterprise. Their quest arouses a vicious adversary, Ciarán Malastier, who has Holmes struggling for his very life.

Maestro of Mysteries begins with a summons to Mycroft’s office and ends with a deadly chase in Undertown, far beneath the streets of London.

And, The Cure that Kills sees Holmes and Watson in hot pursuit of the diabolical Ciarán Malastier, racing across America, and pitting them against the largest detective organization in the world.

Over 150 years after construction began on the Cape to Cairo Railway has left it currently incomplete – and so are the adventures of Sherlock Holmes.  Fortunately, it’s easy for you to continue your travels with Sherlock Holmes.  You have but to buy the best-selling book: Sherlock Holmes – The Golden Years.

You can buy it at AMAZON, and most any bookstore.
Posted by sherlockholmes-thegoldenyears at 3:55 PM No comments:

Harry Houdini and Sir Arthur Conan Doyle were great friends despite that fact that their belief systems were almost one hundred and eighty degrees. Sir Arthur became a staunch advocate of Spiritualism, while Houdini devoted his efforts to unmasking unscrupulous mediums and spirit guides. Houndini and his wife, on more than one occasion, visited with Doyle and his second wife Jean at their country home Windlesham. 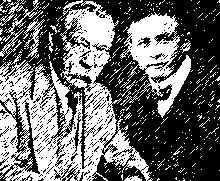 Both of these larger than life historical characters are found in a new addition to the Doyle canon: Sherlock Holmes-The Golden Years.  In the story, The Cure that Kills, Houdini meets Holmes and Watson aboard ship as they steam to America in pursuit of the diabolical Ciarán Malastier. Later, in The Kongo Nkisi Spirit Train, Sherlock meets Sir Arthur Conan Doyle at a séance in which Holmes subtly unmasks a “mostly fraudulent” medium called Margery.

You can read these tales, and three others, in Sherlock Holmes-The Golden Years – available on Amazon and most other on-line and on-street bookstores.
Posted by sherlockholmes-thegoldenyears at 5:18 PM No comments:

Sherlock Holmes and “the woman”

While Irene Adler, aka Mrs. Godfrey Norton, was a main character in one of Doyle’s first stories - A Scandal in Bohemia -- she is mentioned in four other stories. However, she has captured the imagination of every author who has ever written a Holmes story, television program or movie . . . including this author. 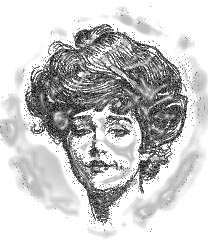 Sherlock Holmes was an unwitting witness at the wedding of Irene Adler to Godfrey Norton at St Monica’s church in Doyle’s A Scandal in Bohemia. Irene gave him a gold sovereign for his help that he put on his watch chain.  You may recall that he also received a portrait of the lady at the conclusion of the story, as the only payment he would accept from the Duke.

“The Woman” returns in the newest collection of Sherlock Holmes stories – Sherlock Holmes – The Golden Years. And, while she only appeared once, and lurked in the background of other stories, she has come out of the shadows and into all five of the stories in this new collection.

Sherlock Holmes – The Golden Years explores the vague and foggy relationship between the world’s greatest detective and the one woman who captured his imagination . . . and maybe his heart.

Sherlock Holmes – The Golden Years is available on AMAZON, including Kindle, and THEBOOKDEPOSITORY.COM where you get a 10% discount and FREE SHIPPING anywhere in the world!
Posted by sherlockholmes-thegoldenyears at 5:54 AM No comments:

Here’s another update on the three-volume collection of NEW Sherlock Holmes tales coming your way in October.

This collection, published by MX Publishing in London, is scheduled to be released October 1, but you may see it previewed before then. Indeed, folks who make a donation to the Undershaw Foundation Trust can get their copy earlier. There is a “Kickstarter campaign underway to raise $10,000 British pounds to cover the production cost and it has already reached its goal.

This collection is the brainchild of Holmesean author, David Marcum, who edited this anthology. His desire to support the Undershaw Preservation Trust’s efforts to save the Doyle home lead David sought to create a collection of new Sherlock Holmes stories with ALL the proceeds going to this cause. Undershaw was the home from which Doyle wrote most of the Sherlock Holmes stories.

When Marcum began this effort, almost a year ago, he was overwhelmed with the generosity of noteworthy Sherlockian authors. Writers from the U.S., Canada, U.K., New Zealand, India jumped at the opportunity to support this cause. As of this date, there are 60+ stories in this master collection. David is quick to point out that this anthology only includes pastiches written in a manner consistent with the original canon and must be totally new -- never before published.

I was honored when David Marcum asked me to contribute to the anthology, as Sherlock Holmes - The Golden Years was my first offering of Sherlock Holmes fiction. It is both exciting and terrifying that my new story, “Blood Brothers” will soon be held up to the works of some the best Holmesean authors of our time. FYI - “Blood Brothers,” will be contained in the third volume.

Obviously, David Marcum’s outreach was wildly successful. -- 62 authors in all, each donating their royalties to the Undershaw Preservation Trust. The Sherlockian community of writers, I have come to learn, is one of the most generous group of people I have ever encountered.

Each of the three volumes will be 400+ pages each. Initially there will be a 6” x 9” hardcover edition with dust jackets, and probably a soft-cover edition later on as well. They won’t be designated Vol. I, II or II, but organized chronologically by the dates of the stories. The draft cover designs are very colorful as you can see, and will look good on any bookshelf.

If you are a Sherlock Holmes fan, or have one in your life, all I can say is -- Wow!  The PERFECT Christmas present!

Hats off to David Marcum and Steve Emecz of MX Publishing for taking on this daunting project. Well done guys!
Posted by sherlockholmes-thegoldenyears at 6:28 AM No comments: