The Baker Street irregulars are a gang of street Arabs whom Holmes employs from time to time to aid in his investigations. This back-street brigade serves to gather information, find missing people, track individuals, deliver communications, etc. 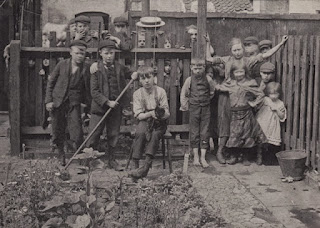 In the early stories, the irregulars are led by an older boy called Wiggins, whom Holmes paid a shilling per day (plus expenses), with a guinea prize (worth one pound and one shilling) for a vital clue. Of course, the irregulars are often included in various movies, television programs, and Sherlock Holmes pastiches. Indeed, they play a prominent role in several of the stories in my collection – Sherlock Holmes – The Golden Years. However, as my stories take place nearly twenty years after their last appearance, the the irregulars in my stories are led by a sixteen-year old boy named Archie, who has a tag-along little brother names Benjie.

As a writer, I find the irregulars fascinating. They create a poignant counterpoint to the richer society that is the focus of most of Doyle’s stories. Also, kids are just fun to write. They inject energy into a story. Having alleged this, you will not be surprised to learn that I have just begun writing a new book, or collection of stories, where the irregulars play a featured role. This book begins in 1919, when Holmes would be about 65 years old. The book is still in the research and outline phase, but as it unfolds, I will publish snippets in this blog. 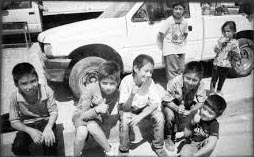 I am writing in a small Mexican working town called La Penita. It's a dirty, dusty place were poverty is a very real thing. I see every day and it helps be to have a more visceral feeling for my subject matter. For, like every place, Mexico has its own version of the irregulars.

Adios!
Posted by sherlockholmes-thegoldenyears at 7:21 PM No comments:

A New Holmesian Book is Coming in 2016

In a slight departure from previous postings . . .

Sherlock Holmes - TheGolden Years will have a new “brother” before the end of this year. After spending much of this year moving higher into the Colorado Rockies and building a small office/cabin, Sara and I will be off to our tiny casita in La Penita Mexico for several months (see view from balcony). It is here where work on my next book will begin. 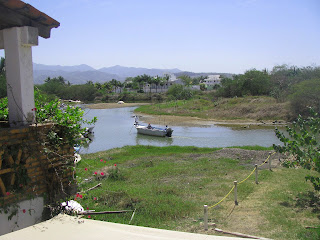 I have begun research as we pack. The new project is mostly formless. I know only that I intend to follow a format I created for the story “Blood Brothers” in the new MX Book of New Sherlock Holmes Stories - Vol. 3.

In this new work, Sherlock Holmes and Dr. Watson will share the stage with the irregulars. Indeed, the stories will focus on the “behind the scenes” efforts of the irregulars. This will give Sherlockians (and pothers) a glimpse of the poor in London around the turn of the century. Indeed, it will be a study of the poor that, then and now, comprise the vast majority of world’s population: Today nearly 1/2 of the world’s population — more than 3 billion people — live on less than $2.50 a day. More than 1.3 billion live in extreme poverty — less than $1.25 a day.

Despite these daunting figures, the poor are “invisible” to most of us. We don’t see their faces in the inexpensive items we buy on-line and at mega-stores like Walmart. The poor are hidden the shadows of society. My hope is to shed a bit of light on them -- the limelight that shines on Sherlock Holmes as he struts the world stage.

Having declared this, I should quickly add that I fully intend to make my book, and stories, fully within the form and style Doyle’s canon. These new mysteries be worthy of the most serious Holmesian aficionado.

I will include updates, from time to time, on my progress, but will continue to post items more in keeping with this blog.

Kim H Krisco
Posted by sherlockholmes-thegoldenyears at 11:55 AM No comments: