Sherlock Holmes and Dr. Watson hold an honored place among the ranks of famous male duos such as Laurel and Hardy, Cheech and Chong, and Han Solo and Chewbacca. Indeed, today it’s hard to believe that, in the early drafts of Doyle’s stories, Holmes’s sidekick was named Ormand Sacker. I suspect Sir Arthur must have realized that, since Watson represented “everyman,” he required a more down-to-earth name – John Watson. And with that, it is interesting to note that Watson’s first name is used only three times within the 60 Holmes stories. 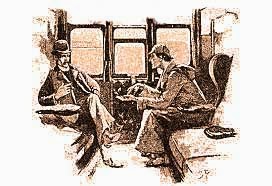 All, but four, of the Sherlock Holmes tales are narrated by Watson. But, the character Watson not only serves as a chronicler, but also as a story telling device. Watson often makes his own observations and offers his own theories, which throw the reader off track a bit, and thus make Holmes’s deductions and solutions all the more surprising.

If you have enjoyed any of the many Sherlock Holmes movies and television programs, you may have noticed that writers and actors interpret the character of John Watson in wide-ranging ways. In some adaptations, Watson is a bumbling fool, in others he is a wise and invaluable ally. So, two of the most important decisions I had to make, as I was writing a new collection of Holmes pastiches, were:

“What kind of man was Dr. John Watson?
And, “What was the nature of Sherlock’s and John’s relationship?

To some extent, I drew upon my own experience, as an older man, with long-time male friends. What kind of relationship do I have with some of my better male friends?

You will be able to see how I answered that question if you read my new collection of Holmes adventures – Sherlock Holmes – The Golden Years.  Indeed, in one of the stories in this collection, The Kongo Nkisi Spirit Train, a character chats with Dr. Watson about what he sees as the role Watson plays in Holmes’s life and work.

The five new tales in this collection take place when Holmes and Watson are “retired” – 1912 to 1913. So, I felt it was important to show how their relationship had evolved, mellowed, and become deeper and richer in the decade following their supposed retirement in 1903.

I feel my treatment of Holmes’s and Watson’s relationship does not “violate” The Canon, but rather builds upon it in a believable, logical manner -- given their longevity of Holmes and Watson as colleagues. I would be curious to know what you think.

The book Sherlock Holmes – The Golden Years is AVAILABLE ON AMAZON and most on-line and main-street bookstores.
Posted by sherlockholmes-thegoldenyears at 8:59 AM No comments: 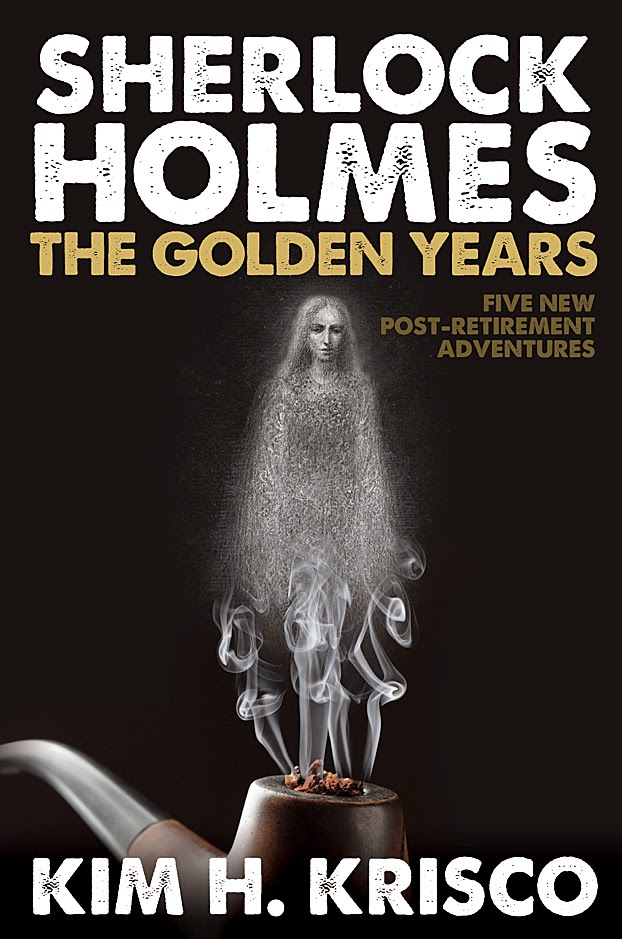 CLICK HERE   to get to the the Goodreads giveaway page. (You must be a Goodreads member (or become one).

The contest ends January 27, so hurry!

There is also an excerpt you can read and/or download on Goodreads also.

THANKS for following this blog - more to come.
Posted by sherlockholmes-thegoldenyears at 5:47 PM No comments:

Spiritualism: Holmes vs. Doyle vs. Houdini

The book Sherlock Holmes — The Golden Years may seem easy to categorize because it is a collection of five new Sherlock Holmes detective mysteries. However, an even richer reader experience awaits because of the subtle way in which these stories explore other subjects such as Spiritualism. 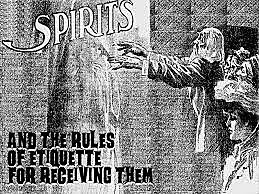 The Kongo Nkisi Spirit Train tale dips into the supernatural realm as a way to explore the curious incongruity between the highly rational Sherlock Holmes and his creator, Sir Arthur Conan Doyle. You may, or may not, know that Doyle spent the latter part of his life strongly advocating for Spiritualism — the belief that it is possible to commune with the spirits of people who have died.

For nearly 30 years, Sir Arthur researched, investigated, and promoted Spiritualism in its many forms. This quest brought Houdini and Conan Doyle together in 1920. And, while they were personal friends, they were hardly allies with regard to Spiritualism. Both men trotted around the globe: Doyle advocating Spiritualism, and Houdini debunking spirit mediums, fortunetellers, and most anyone claiming supernatural powers. 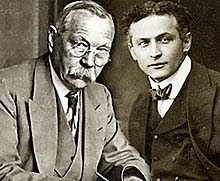 Sir Arthur’s legacy includes twenty-one novels, 150 short stories, and a substantial collection of nonfiction, essays, articles, and memoirs, along with a three-volume collection of poetry. It also includes The New Revelation and The Vital Message, and Doyle’s most substantive book on Spiritualism The History of Spiritualism. Today, a plaque inside the door of the Rochester Square Spiritualist Temple in London reveals that Doyle was a major contributor the construction of the temple in the decade before his death in 1930.

Sherlock Holmes — The Golden Years explores the curious juxtaposition of logic and rationality, represented by Sherlock Holmes, and the supernatural, represented by the man who created this beloved detective. In The Kongo Nkisi Spirit Train Holmes confronts Doyle after he attends a séance at Jean and Arthur’s home. Holmes remarks:

“Like Diogenes, I am, above all, a seeker of truth. And, if it be possible to discover the truth that lies beyond the grave, I myself might expect to find it in deep reflection and lucid prayer, and not around a ill-lit table.”

Whether or not you believe in ghosts and other supernatural phenomena, you are destined to enjoy the true spirit of Sherlock Holmes as he is portrayed in Sherlock Holmes — The Golden Years.

Available on Amazon, and all good bookstores.
Posted by sherlockholmes-thegoldenyears at 10:59 AM No comments: