Women Marched Outside 221B Baker Street

There is a new movie making its debut - Suffragette, about those in Britain who lead the fight to give women the right to vote. This remarkable process played in the background of Sherlock Holmes - The Golden Years by Kim Krisco. 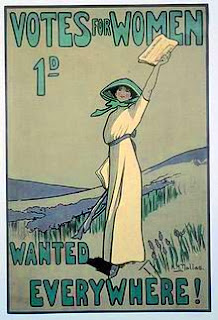 Most Sherlock Holmes adventures do not bring in historical background to any great degree. So, this is one area where Sherlock Holmes - The Golden Years adds an extra richness. Having done some research on the Suffragette movement in Britain, I have an appreciation for the courage of the women who lead the movement.

WWI caused a temporary halt to suffrage activity and, in 1918, the Representation of the Peoples Act granted women limited voting rights. However, it wasn’t until 1928 when all women in Britain gained full voting rights.

Sherlock Holmes’s made a good attempt at going into retirement in Sussex Downs around 1905. He traded his lodgings at 221B Baker Street for a traditional thatched-roof stone cottage, and took up bee keeping. Indeed, he wrote a book on apiculture entitled: A Practical Handbook of Bee Culture with Some Observations Upon Segregation of the Queen. Most appropriate, as Holmes was an expert at keeping himself personally “segregated” from women – as it were. However, in his trips to the city, he could not help but confront some formidable ladies in the streets, as the suffrage movement was in full swing by 1905. 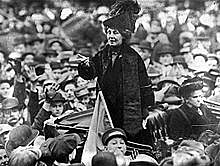 One of the key figures in the suffrage movement was Emmeline Pankhurst, who is one of several infamous historical characters that can be found in the new collection of Sherlock Holmes adventures. In the Curse of the Black Feather, Holmes and Watson meet Emmeline Pankhurst at a party where Watson has the dubious honour of escorting her to dinner.  Holmes, however, had a much more fascinating dinner partner that evening – Irene Adler, “the woman” who mysteriously reappears his life and haunts him in all five of the stories in this historically accurate 345-page collection.

You can buy Sherlock Holmes-The Golden Years, as a book or E-book, at Amazon and other good bookstores.
Posted by sherlockholmes-thegoldenyears at 2:23 PM No comments:

The book Sherlock Holmes — The Golden Years may get pigeon-holed as a British Mystery because it is a collection of five new Sherlock Holmes detective mysteries. However, an even richer reader experience awaits the reader because of the subtle way in which these stories explore other subjects such as eugenics, colonialism, and Spiritualism.

You may, or may not, know that Doyle spent the latter part of his life strongly advocating for Spiritualism — the belief that it is possible to commune with the spirits of people who have died. 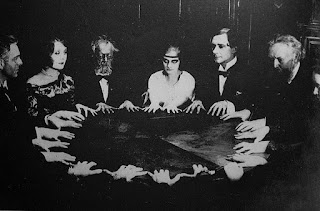 For nearly 30 years, Sir Arthur researched, investigated, and promoted Spiritualism in its many forms. Sir Arthur’s legacy includes a three-volume collection of poetry. It also includes The New Revelation and The Vital Message, and Doyle’s most substantive book on Spiritualism The History of Spiritualism. Today, a plaque inside the door of the Rochester Square Spiritualist Temple in London reveals that Doyle was a major contributor the construction of the temple in the decade before his death in 1930.

There is a rare phonograph recording of Sir Arthur delivering a speech on Spiritualism on May 14, 1930, just two months before his death. He opened his talk by saying:

People ask, what do you get from spiritualism? The first thing you get is that it absolutely removes all fear of death. Secondly, it bridges death for those dear ones whom we may lose. We need have no fear that we are calling them back, for all that we do is to make such conditions as experience has taught us, will enable them to come if they wish. And the initiative lies always with them. 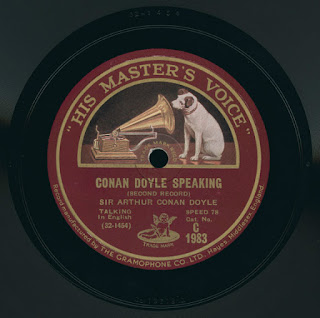 Sherlock Holmes — The Golden Years explores the curious juxtaposition of logic and rationality, represented by Sherlock Holmes, and the supernatural, represented by the man who created this beloved detective. In The Kongo Nkisi Spirit Train Holmes confronts Doyle after he attends a séance at Jean and Arthur’s home. Holmes remarks:

“Like Diogenes, I am, above all, a seeker of truth. And, if it be possible to discover the truth that lies beyond the grave, I myself might expect to find it in deep reflection and lucid prayer, and not around a ill-lit table.”

Whether or not you believe in ghosts and other supernatural phenomena, you are destined to enjoy the true spirit of Sherlock Holmes as he is portrayed in Sherlock Holmes — The Golden Years.

Available on Amazon, and all good bookstores.
Posted by sherlockholmes-thegoldenyears at 7:04 AM No comments:

From Baker Street to the backstreet: The irregulars

Sherlock Holmes, form time to time, employed a gang of street Arabs he referred to as the irregulars. They aided Holmes in his investigations by gathering information, find missing people, track individuals, deliver communications, etc. 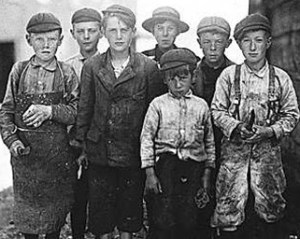 In the early stories, the irregulars are led by an older boy called Wiggins, whom Holmes paid a shilling per day plus expenses, with a guinea prize (worth one pound and one shilling) for a vital clue. Of course, the irregulars are often included in various movies, television programs, and Sherlock Holmes pastiches. Indeed, they play a prominent role in several of the stories in my new collection: Sherlock Holmes – The Golden Years. As these tales take place nearly twenty years after their last appearance, the irregulars in my stories are led by a sixteen-year old boy named Archie, who has a tag-along little brother Benjie. 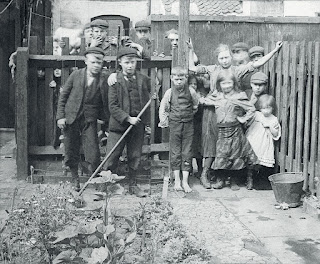 I reprise Benjie and Archie in a story called Blood Brothers within a new three-volume anthology of Sherlock Holmes stories recently published by MX Publishing in London. As a researched the wrote Blood Brothers I was immediately aware that the irregulars were a fascinating collection of characters and offered a rich background the poorer side of London upon which Doyle seldom touched. My revelation is not surprising if we consider that one of the greatest novelists of all time, Charles Dickens, found the underprivileged in London provided some of the most memorable characters of all time: Oliver Twist, the Artful Dodger and, of course, Fagan. And so, while I would not pretend I am following in the footsteps of “The Inimitable,” as Dickens playfully called himself, my next writing project will center on the irregulars of London wherein Sherlock Holmes will play a significant, but supporting, role.

If you haven’t already done so, check our Sherlock Holmes the Golden Years – available ON AMAZON and most every on-line and main street bookstore.
Posted by sherlockholmes-thegoldenyears at 12:31 PM No comments: