The woman who “haunted” Sherlock Holmes

A Scandal in Bohemia. Irene gave him a gold sovereign for his help which he put on his watch chain.  You may recall that he also received a portrait of the lady at the conclusion of the story, as well. 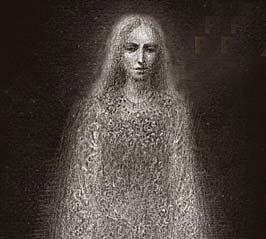 While Irene Adler, aka Mrs. Godfrey Norton, was a main character in only one of Doyle’s stories, she is mentioned in four other stories – until now.

“The Woman” returns in the newest collection of Sherlock Holmes stories – Sherlock Holmes – The Golden Years, by Kim H. Krisco. And, while she only lurked in the background before, she has come out of the shadows and into all five of the stories in this new collection.

Sherlock Holmes – The Golden Years will be out in eBooks soon and on line and in bookstores this fall.  You can preorder at many websites including TheBookDepository.com where you get a 10% discount and FREE SHIPPING anywhere in the world: Click Here!
Posted by sherlockholmes-thegoldenyears at 7:55 AM No comments:

Sir Arthur, in his later life, was a staunch advocate of Spiritualism, while Houdini devoted his efforts to unmasking unscrupulous mediums and spirit guides. Nonetheless, Harry Houdini and Sir Arthur Conan Doyle were great friends.

Both of these rich and real historical characters are found in the latest addition to the Doyle canon: Sherlock Holmes-The Golden Years.  In The Cure that Kills, Houdini meets Holmes and Watson aboard ship as they steam to America in pursuit of the diabolical Ciarán Malastier. Later, in The Kongo Nkisi Spirit Train, Sherlock meets Sir Arthur Conan Doyle at a séance in which Holmes subtly unmasks a “mostly fraudulent” medium called Margery.

You can read these tales, and three others, in Sherlock Holmes-The Golden Years – available on Amazon and MX Publishing. 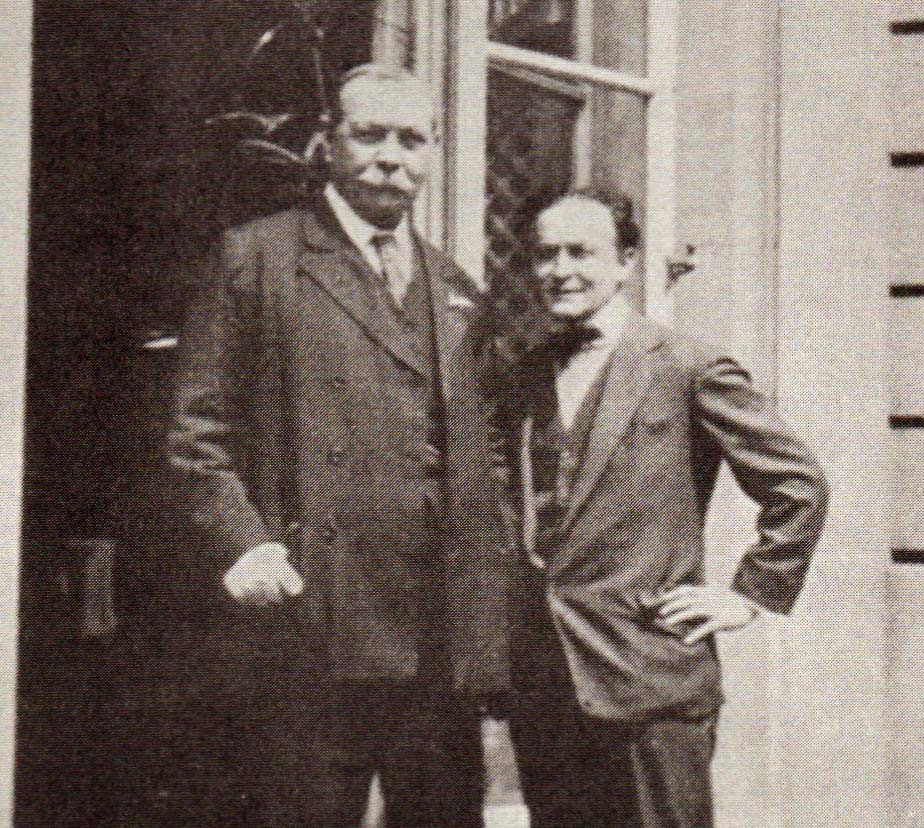 Posted by sherlockholmes-thegoldenyears at 4:31 PM No comments:

To pre-order go to: http://mxpublishing.com/product/9781780926711/Sherlock+Holmes+the+Golden+Years-+Five+New+Post-retirement+Adventures 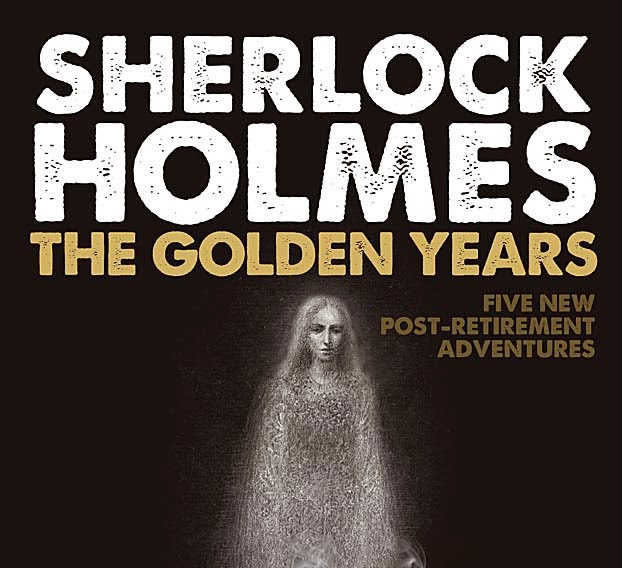 Posted by sherlockholmes-thegoldenyears at 1:54 PM No comments:

The saga begins with The Bonnie Bag of Bones that lead the infamous duo on a not-so-merry chase into the mythical mountains of Scotland and ultimately to the “the woman” who is tangled within a mystery that has haunted Holmes for a quarter century.

Curse of the Black Feather continues the adventure in which Holmes teams up with the Irregulars, and a gypsy matriarch, to expose a diabolical “baby-farming” enterprise. Their quest arouses a vicious adversary, Ciarán Malastier, who has Holmes struggling for his very life.

Maestro of Mysteries begins with a summons to Mycroft’s office and ends with a deadly chase in Undertown, far beneath the streets of London. Malastier escapes . . . but only into the next adventure.

The Cure that Kills sees Holmes and Watson in hot pursuit of Ciarán Malastier, racing across America, and pitting them against the largest detective organization in the world.

In the final story, The Kongo Nkis Spirit Train, Holmes and Watson travel to the Dark Continent to derail a “spirit train” that ensnares people’s spirit, and enslaves their bodies.

It is published by MX Publishing.  Look for it this fall EVERYWHERE!
Posted by sherlockholmes-thegoldenyears at 6:11 AM No comments:

If so, you'll love this blog. 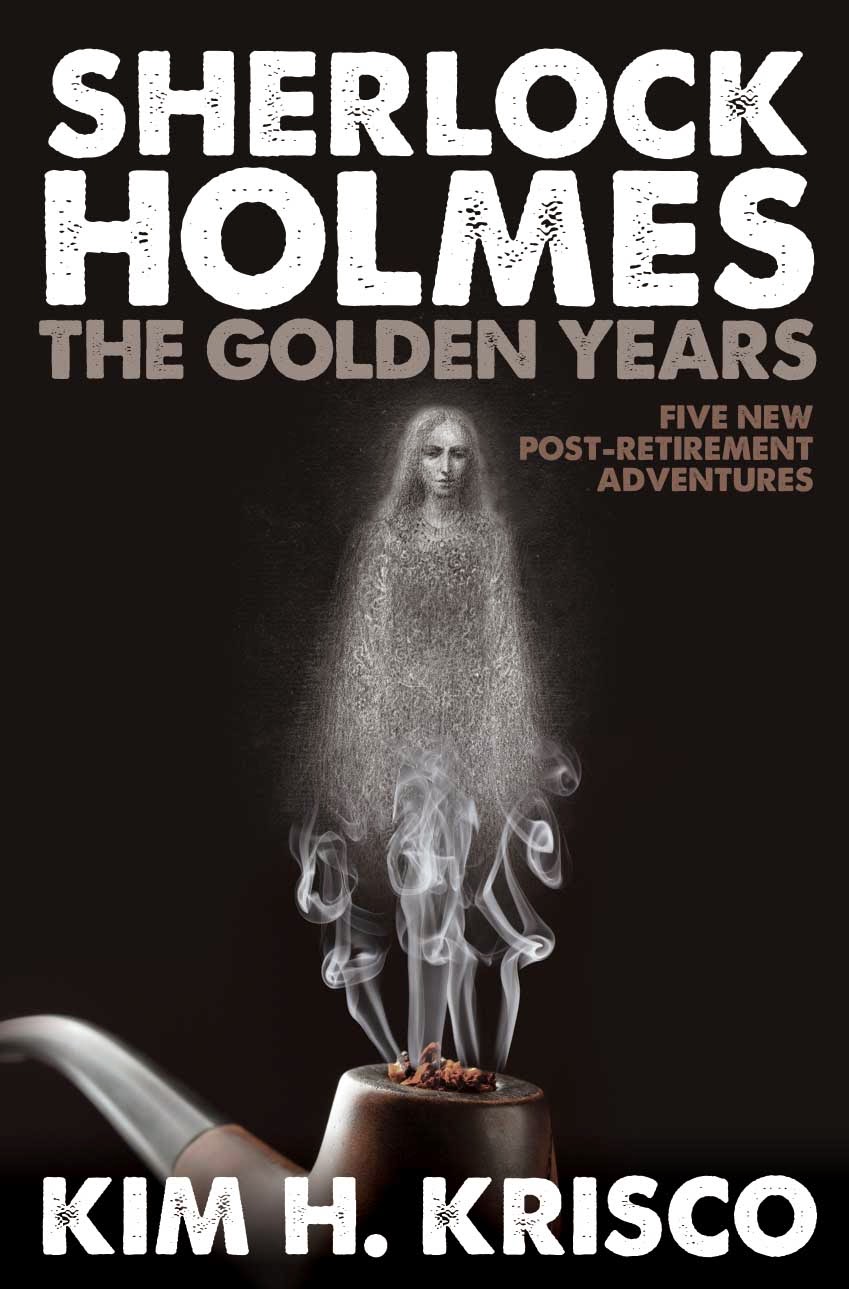 These five stories are just the start -- many more will follow . . . and YOU can help me write them, and get credit for it!

What are some things you would like to see Holmes and Watson do?  Places they can go? People they should meet?

Share those with other fans and, I will try to use as many of your ideas as possible in my next series of stories.  And, if I do use your idea, I will give you credit in my next book -- and possibly a little share of the proceeds (haven't worked that part out yet).

So, let's explore the "fifty shades of Holmes" together.  Let me know what you would like to see Holmes and Watson do . . . or go . . . or interact with?

Posted by sherlockholmes-thegoldenyears at 12:10 PM No comments: