Sherlock Holmes plays the violin. References to his playing are limited, but they are abundant enough to give us a picture of a cultured, atypical player who, of course, played a Stradivarius. 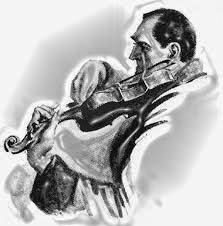 As for Holmes’s repertoire, there are no direct references to Holmes playing from a score. However, he does play some of Mendelssohn’s Songs Without Words for Watson’s listening pleasure in A Study in Scarlet. In his review, Watson says: “His powers upon the violin… were very remarkable but as eccentric as all his other accomplishments.”

The only story where Holmes’s violin plays a part in the plot is in The Adventure of the Mazarin Stone. Here Holmes fools his foes by telling them he will play the Barcarolle from Offenbach’s Tales of Hoffmann in an adjoining room. However, he puts on a record of the same piece. The scoundrels fail to notice that the music is a recording, rather than a live performance. This allows the master detective to listen in on their clandestine conversation and unravel the mystery.

Is Holmes a good musician? Here opinions are wide-ranging. While Watson is occasionally annoyed by Holmes’s playing, in The Red-Headed League, Watson is rather complimentary. He says that Holmes is . . . “an enthusiastic musician, being himself not only a very capable performer, but a composer of no ordinary merit.”

However, we may be missing the mark if we focus solely on Holmes’s musical ability. It seems clear that Holmes uses his violin playing as a “distancing method.” As many scientists, and creative individuals, will tell you, when they encounter a problem whose solution is not immediately apparent, it’s best to focus on something else in order to let your subconscious mind come into play. This would seem to born out by that fact that, shortly after Holmes plays his violin, we find him, once again, on his way to solving the mystery at hand.

While I did not ask Holmes to play for us in any of the five tales I wrote for Sherlock Holmes - The Golden Years, I used his interest in music and the violin to draw him out of a deep depression. In The Maestro of Mysteries, a violin virtuoso, Fritz Kreisler, is brought to Watson’s apartment, where Holmes is staying. Fritz Kreisler was a real person—a contemporary of Holmes and Watson. And, as I attempt to make all my stories historically accurate, Fritz Kreisler had recently played at Wilton’s Music Hall in London near the time my story is dated. In my story, Kreisler plays Dvorak’s Humoreske, which (not coincidently) he played as an encore at his performance at Wilton’s Music Hall.

In The Maestro of Mysteries, Fritz tries to coax Holmes into joining him in Bach’s Concerto for Two Violins. But, Holmes laughs and replies. “In the shadow of such genius it [my violin] would not dare leave its dusty bin.” Kreisler replies: “Genius comes in many forms, Mr. Holmes. It is incumbent upon us to exercise those gifts that we each possess. You, my dear sir, are the maestro of mysteries.”

If you want to read The Maestro of Mysteries, and the other four stories in the Sherlock Holmes- The Golden Years collection, go TO AMAZON.
Posted by sherlockholmes-thegoldenyears at 5:50 AM No comments: 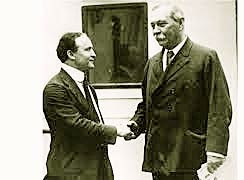 In The Cure that Kills, Houdini meets Holmes and Watson aboard ship as they steam to America in pursuit of the diabolical Ciarán Malastier. As I attempt to have all my stories be historically accurate, it should be noted that Houdini did sail back to America after a triumphant European tour about the time my story is dated.

In another novella, The Kongo Nkisi Spirit Train, Sherlock meets his maker -- Sir Arthur Conan Doyle—at a séance in the Doyle’s Windlesham home. Like Houdini, Holmes subtly unmasks a “mostly fraudulent” medium called Margery—again, a real personality of the time. In this scene from the story, the logical Holmes remarks to Doyle: “Like Diogenes, Sir Arthur, I am, above all, a seeker of truth. And, if it be possible to discover the truth that lies beyond the grave, I myself might expect to find it in deep reflection and lucid prayer, and not around a ill-lit table.”

You can read these tales, and three others, in Sherlock Holmes-The Golden Years—available on AMAZON and all good bookstores.
Posted by sherlockholmes-thegoldenyears at 6:06 AM No comments:

The Baker Street irregulars are a gang of street Arabs whom Holmes employs from time to time to aid in his investigations. This back-street brigade serves to gather information, find missing people, track individuals, deliver communications, etc. 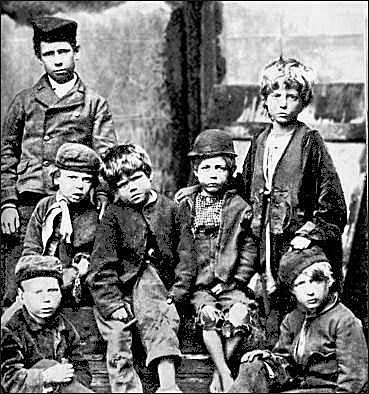 In the early stories, the irregulars are led by an older boy called Wiggins, whom Holmes paid a shilling per day (plus expenses), with a guinea prize (worth one pound and one shilling) for a vital clue. Of course, the irregulars are often included in various movies, television programs, and Sherlock Holmes pastiches. Indeed, they play a prominent role in several of the stories in my new collection – Sherlock Holmes – The Golden Years. However, as my stories take place nearly twenty years after their last appearance, the the irregulars in my stories are led by a sixteen-year old boy named Archie, who has a tag-along little brother names Benjie.

As a writer, I find the irregulars fascinating. They create a poignant counterpoint to the richer society that is the focus of most of Doyle’s stories. Also, kids are just fun to write. They inject energy into a story. Having alleged this, you will not be surprised to learn that am planning to have the irregulars play a prominent role in most of my future stories. Indeed, I recently submitted a story called Blood Brothers for a new anthology of Sherlock Holmes stories being created to support the The Undershaw Trust’s efforts to save the Doyle home in Surrey, UK. This collection of about fifty original stories will debut sometime this fall – being published by MX Publishing in London.

I will alert you again when this fantastic anthology, which is edited by David Marcum, will be available. It is definitely one book you will want to have in your collection. Meanwhile, if you haven’t already done so, check our Sherlock Holmes the Golden Years – available ON AMAZON and most every on-line and main street book store.
Posted by sherlockholmes-thegoldenyears at 2:13 PM No comments: