Behind the pages look at Sherlock Holmes – The Golden Years

Holmesian author Derrick Belanger has been conducting a wonderful series of author interviews with writers of Sherlock Holmes pastiches. So, I was pleased when Derrick asked for an interview to learn more about what lay “behind the pages” of Sherlock Holmes – The Golden Years. You can find the interview at: I Hear ofSherlock Everywhere

Also, check out some of Derrick’s books – including A Study in Terror, and his fun series for kids featuring the MacDougal Twins with Sherlock Holmes.

One thing that may have sparked Derrick’s recent interest may be that Sherlock Holmes – The Golden Years has “gone global” in that it has been picked up by Jaico Publishing in India. So, in addition to buying it ON AMAZON, you can find it in India.
Posted by sherlockholmes-thegoldenyears at 9:44 AM No comments:

Holmes and Watson in Africa!

Many Sherlock Holmes tales begin with a person knocking on the door and presenting the dynamic duo a mystery. Such is the case of the Kongo Nkisi Spirit Train – the fifth and last story in the new collection of pastiches entitled: Sherlock Holmes- The Golden Years.

On a lovely summer morning in 1913, Leander Starr Jameson was ushered into the parlour of Watson’s London flat. What brought him there was an African mystery involving the Cape to Cairo Railway project. As Jameson put it:

“The Cape to Cairo Railway has faced, and overcome, many obstacles over the last fifteen years—swamps, impenetrable jungle, the ravages of the white ants and termites, encounters with lions, elephants and other beasts, disease and unfriendly natives, to name a few. All of these have been overcome . . . until now.”

I (Watson) leaned forward in my chair. “What has put a stop to the progress now, Mr. Jameson?”

“The Kongo Nkisi. A native spirit-god.” 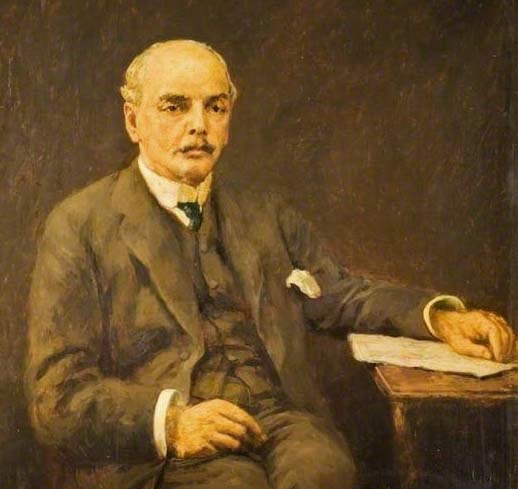 That was the start of one of Sherlock Holmes’s greatest adventures – one that took Watson and him into the heart of the Dark Continent, and a confrontation with “the spiritless people.”

Leander Starr Jameson, also call "Doctor Jim” or "Lanner," was a British colonial politician and doctor. He created a successful medical practice in London, but his health broke down. Soon after, Jameson went out to South Africa and settled down in Kimberley. It was there he met Cecil Rhodes who, with some help from Jameson, formed the British South Africa Company, and began the monumental Cape to Cairo Railway project – the goal being to bisect Africa, north to south, with 5,700 miles of rail track.

Jameson returned to London in his later years and became of the most liked and beloved persons in Britain at the time. Indeed, Rudyard Kipling wrote the poem If with Leander Starr Jameson in mind. Jameson’s alluring personality is apparent as he guides Holmes and Watson into the jungle and, unknowingly, into the lair of the Kongo Nkisi spirit.

This tale is a fitting end to the five-part series of stories written in the style and voice of Sir Arthur Conan Doyle. If you’re seeking more authentic Sherlock Holmes stories – check out Sherlock Holmes – The Golden Years.  You can find it ON AMAZON and all on-line and main-street bookstores.
Posted by sherlockholmes-thegoldenyears at 3:46 PM No comments:

“To Sherlock Holmes she is always the woman.  I have seldom heard him mention her under any other name.  In his eyes she eclipses and predominates the whole of her sex.”

Irene Adler has remained a central character in the Holmes canon despite the fact that she appeared in only one Sherlock Holmes story – A Scandal in Bohemia. She is mentioned, in passing, in only three other stories. Nonetheless, she continues to capture the interest and imagination of Sherlock Holmes fans new and old. This may be because she is only one of four people, and the only women, to have ever outwitted the sleuth of Baker Street. But more likely, it is because she represents an elusive love interest for the stoical Sherlock Holmes. 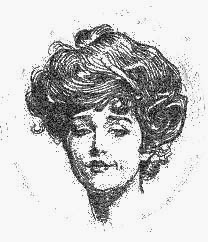 Holmes's seeming lack of interest in romance seems to be too tempting for writers, as well as film and television dramatists. Irene Adler has been portrayed as everything from vamp to Holmes’s arch-villain. I have yet to see a characterization of Irene Adler on the silver screen that echoes with the character Doyle created.

Fortunately, as a writer of Holmes pastiches, I am able to explore and address the Holmes–Adler relationship in the manner I felt it deserved.  I wanted Irene Adler to show up in Holmes’s life in a exciting, believable and satisfying manner.

In Sherlock Holmes – The Golden Years, Irene Adler is reprised – and not simply as a character in the background. Her presence and spirit find their way into all five of the tales in my book – although not always in a way you might suppose. I endeavored to remain true the Irene Adler Doyle created. Likewise, I wanted Holmes to be true to himself. Nonetheless, my treatment of Irene Adler Norton, and her relationship with Sherlock Holmes, has become one of the most controversial aspects witin my collection.

I am pleased that Sherlockian scholar Philip K. Jones, as heartily endorsed my book, and my stories have received a nod from the Sherlock Holmes Society of London. A quick glance at on-line bookstores reveal that my book has garnered a majority of 5-star reviews.  However, as is to be expected, there are a few readers who find it difficult to believe that Holmes’s relationship with Irene Adler could be anything beyond Platonic, collegial, and distant.

If you are an avid fan, you know that Holmes has a wonderful heart. Sherlock Holmes – The Golden Years gives him an opportunity to reveal a, hereto hidden, part of his inner-life.  I wish I could share details, but anything more would be a “spoiler” for my readers. If you are curious, you may wish to pick up a copy – or download one.

The book Sherlock Holmes – The Golden Years is AVAILABLE ON AMAZON and most on-line and main-street bookstores.
Posted by sherlockholmes-thegoldenyears at 7:46 AM No comments: