The original adventures of Sherlock Holmes, written by Sir Arthur Conan Doyle, are among the top ten most translated literary works in the world. Currently, Doyle’s stories have been translated into over 100 different languages. This despite the fact that Holmes and Watson ventured outside Britain in only one tale: The Final Problem, which took place in Meiringen, Switzerland. Within the Doyle canon, there are references that might lead a reader to believe that Sherlock Holmes may well have ventured abroad to Scandinavia, South America, Australia, and even America. It seems likely, though, that if Holmes did take cases outside Britain, they would likely be within one of the British colonies.

In Holmes’s time, the British empire consisted of over 13 million square miles -- 23 percent of the world’s land surface. Given this, would it be surprising if Holmes and Watson found themselves in British South Africa? I thought not - particularly if the case involved the greatest colonial project of all time -- Britain’s Cap to Cairo Railway project. 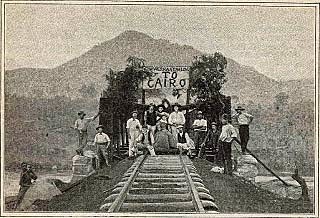 One of the most remarkable engineering projects ever conceived in modern times was the Cape to Cairo Railway--stretching over 5,700 miles from Cape Town South Africa to Cairo Egypt. The project faced, and overcome, many obstacles over the last 150 years—swamps, impenetrable jungle, the ravages of the white ants and termites, encounters with lions, elephants and other beasts, disease, and regional wars, to name a few. However, one of the most terrifying obstacles was the Kongo Nkisi  spirit. 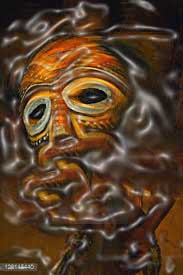 By the way . . . Sherlock Holmes - The Golden Years as recently translated into Italian. And, it has also been published in India.

If want to see Sherlock Holmes at his best, check out: Sherlock Holmes - The Golden Years on Amazon, and at most any on-line, or main street bookstore.
Posted by sherlockholmes-thegoldenyears at 1:43 PM